What You Should Know About the Resin Jewelry Trend
Knitting and Crochet Today: Statistics, Trends, and More
Automotive Enthusiast Demographics and Statistics Aftermarket Brands Should Know
Who Are Today's Cosplay Makers? [Statistics and Demographics]
The Challenges Facing Today's Furniture Makers
Cosplay Makers: How Much They Spend on Costumes (and Why) 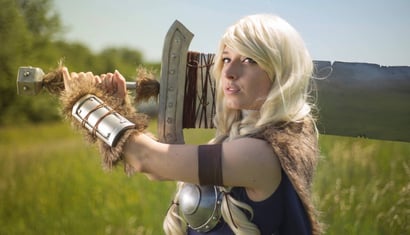 Cosplay is one of the fastest growing and most innovative maker communities today. If you've never heard of it, we're willing to bet you've seen it in some form or another without realizing it. Even then, it can be hard to put into words what cosplay is all about from an outside perspective. What we can say for sure is that it's a lot more than just "dressing up."

In this blog post, we'll go over what exactly cosplay is, where it came from, and how and why people get so deeply involved in the craft. Keep reading to learn all that and more.

Cosplay is the act of creating and wearing a detailed costume in order to portray a particular pop culture character. The term comes from the combination of the words "costume" and "play." There are a lot of working parts here, so let's break it down:

A Brief History of Cosplay 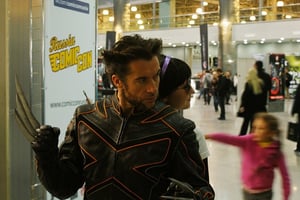 Cosplay as we know it today has evolved through conventions and fan culture over the last century. Here are a few highlights of the major developments and shifts in the history of cosplay.

How and Why Cosplay Makers Get Involved

First and foremost, cosplay is an artistic craft. Cosplayers are creative, passionate makers who love getting dirty and overcoming the challenges of working with their hands. Most cosplay makers then use sewing, craft, and household materials to create from scratch a costume of the character they've chosen or reimagined. They use a variety of techniques from sewing, molding, forging, tech, and more to create the most detailed and accurate costumes as possible. By doing so, cosplay makers are able to pay homage to their favorite characters and media through their creativity.

However, cosplay also allows creators to participate within their various fan communities and meet others with similar interests. Cosplay makers love exchanging not only costume-making advice and tutorials but also stories and analyses of the pop culture they love. Cosplay maker Elyse Ohryn says that most of her close friends have been made through cosplay.

Cosplay exists on a spectrum from beginners using common items and craft skills to experts using advanced technology and tools as well as professional costuming, hair, and makeup techniques. While monetization of cosplay work is certainly possible today, it's a secondary consideration to the pure fun and enjoyment of the hobby. When it comes to cosplay, there's never a limit to how much someone can learn, and these passionate makers are willing to experiment and overcome all challenges to continue creating better and better end results.

What You Should Know About the Resin Jewelry Trend
Knitting and Crochet Today: Statistics, Trends, and More
Automotive Enthusiast Demographics and Statistics Aftermarket Brands Should Know
Who Are Today's Cosplay Makers? [Statistics and Demographics]
The Challenges Facing Today's Furniture Makers