Is the Scrapbooking Market Segment Still Valuable for Brands to Pursue? 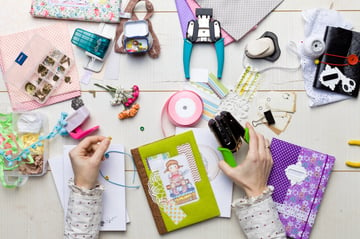 Trends are a huge part of any target market your business might want to connect with. When it comes to crafters, paper crafters, and specifically scrapbookers as target audiences, a lot has changed over just the past decade or so. Scrapbooking, while a craft in its own right, could also be considered a huge craft trend of the early 2000s, but over the years, there has been some discussion as to whether the segment is "dead" or not. However, when we look at some facts and statistics, it's easy to see that while the craft of scrapbooking has changed since its heyday, the market segment is still, in many ways, growing and thriving.

So what changed between the early days of scrapbooking and today, and why should your brand care? In this post, we'll explain why the scrapbooking market segment is still valuable for craft brands to pursue and help you understand what modern scrapbooking is all about.

Scrapbooking at its Peak 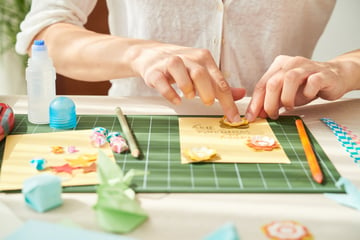 Here are the facts: scrapbooking in the most traditional sense — the craft of arranging photos and embellishments onto creatively designed pages for a scrapbooking album, may have reached the height of its popularity a few years ago. According to a survey by Creating Keepsakes scrapbooking magazine, scrapbooking peaked in popularity in 2004, when the industry reached an estimated $2.55 billion. Between 2001 and 2004, the survey found that the segment had grown immensely, with 4.4 million new scrapbooking households representing a 27.8% growth in sales.

This survey also revealed a few major statistics that help to define the scrapbooking segment at that time:

Clearly, in 2004, scrapbooking was a powerhouse craft industry with higher participation rates. However, once the economic recession hit, things began to change. Around 2006-2007, Google searches for scrapbooking began to fall, indicating a decrease in interest in the craft. At this time, many crafts experienced similar decreases in participation and interest because of a rising concern over finances and discretionary spending by enthusiasts.

Additionally, some decline in scrapbooking may be attributed to a change in technology, which led to a change in the ways we view, collect, and share photos. As social media, especially image-heavy platforms like Instagram, began to expand its reach across our culture, photography became a much more digital pursuit. Around the same time, smartphones with cameras became much more common if not the norm, and in a general sense, photos were posted more often than they were printed.

However, in spite of these setbacks, scrapbooking has never completely fizzled out. In fact, the segment actually has a renaissance in store.

Today, scrapbooking is still an immensely popular craft segment that's seeing significant participation and growth. In a 2012 study by the Hobby and Craft Association (now AFCI), researchers found that scrapbooking was still a $2.5 billion market and was showing few signs of slowing back down. In the United States, there were roughly 25 million active scrapbookers, supported by over 3,000 scrapbooking stores. Scrapbooking also continues to show a strong presence at creative industry events and conventions, including the AFCI's 2019 Creativation show. Additionally, as the Maker Movement has continued to promote traditional arts and crafts in our culture, scrapbooking has experienced a resurgence in popularity thanks to increased visibility and inspiration through social media, crafting classes, and more. Though the segment may have taken some hits during transitional periods in our culture, dedicated hobbyists have stayed true to their craft throughout the years.

Though the market segment still supports a large community of scrapbookers, as well as paper crafters who use similar products and techniques to create their artistic projects, the segment today is about much more than just paper. While artfully designed paper is still a huge staple of the activity as well as traditional embellishments like stamps, stickers, and small metal elements, tech has gained a larger presence in modern scrapbooking than ever before. High tech tools, such as the incredibly popular Cricut, which makes die cuts, decals, and more are increasingly popular among scrapbookers, card makers, and other paper crafters who want to expand the level of custom design capabilities they can apply to their projects. 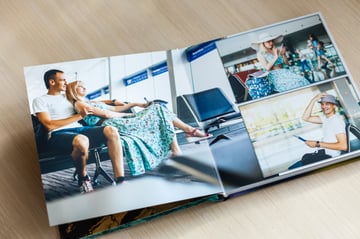 Additionally, the art of scrapbooking itself has somewhat split into two different camps: physical and digital. Photography and photo editing have become sub-skills within the scrapbooking segment, with the creation of digital photo books (often using printing services like Shutterfly) constituting an entire modern branch of scrapbooking. Software is also available that allows crafters to create digital scrapbook layouts they can use to plan their projects or to design entire pages by dropping in photos and embellishments. Many hobbyists participate in a combination of both traditional and digital scrapbooking, bridging the gap between the two sides of the modern market.

Though scrapbooking has changed and developed over the years, the market segment has remained visible and strong, and it's certainly still worth your time and attention as a crafting brand. The fact of the matter is that many creatives still enjoy preserving their memories in a artistic way, and they still need the right products, resources, and community to support them in their hobby. Making genuine connections with today's scrapbookers can translate into valuable relationships for your brand, as the pursuit for more unique and artistic designs can be worth the investment for many hobbyists. The scrapbookers are still out there, and they still need your brand to help them add value to their craft.