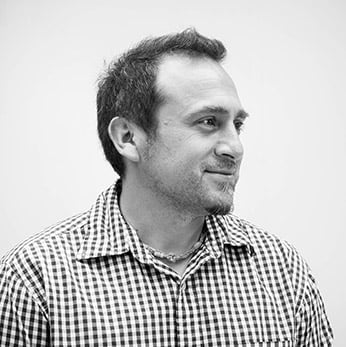 Apparently not everyone skips through the YouTube ads after waiting the mandatory 5 seconds. Google compiled a list of the top 10 most watched ads on YouTube from 2016 — YouTube Ads Leaderboard: Year-End 2016 — and together, these 10 video ads accounted for nearly 450 million views in 2016.

What's unique about these ads (aside from the fact that people actually watched them) is not just that they successfully grabbed our attention in and amongst all the other noise (and before the video we actually wanted to watch - a strategy that sits perfectly between inbound and outbound marketing). There were plenty of reasons why they worked in this regard including the budget, how they were launched, the actors, the products, etc. What's more impressive — and the only thing that can actually drive this sort of scale from a "views" standpoint — is that we were willing to share these ads with our friends. Think about that for a minute? We thought the CONTENT of these ADS was so good that we actually ENCOURAGED our friends to watch them along with videos of Grace Vanderwaal, Pen-Pineapple-Apple-Pen, and Adele doing Carpool Karaoke.

So, keep reading for the countdown of the top 10 most watched YouTube ads of 2016 and see if you agree with our assessment of what helped make them so.

A singing portrait of Steven Tyler made entirely from Skittles? We're surprised this got ONLY 24 million views.

It probably doesn't have to go further than Pokémon, but launching during the Super Bowl is one surefire way to get scale (think how many people are searching for "The Best Super Bowl Commercials" the day after the game). However, the ad itself is inspired.

The Super Bowl does it again for this awesome ad for the Hyundai Elantra — you can always count on talking animals for certain amount of attention.

"I just wanted to talk to him."

This had to be the Super Bowl effect for Mtn Dew Kickstart because we hated this commercial and its Puppymonkeybaby. If they would've run the ad that's currently on their homepage they might've had the top spot.

Beautifully done with exceptional, clean graphics, this introductional video by Samsung runs over 3 minutes and kept us engaged (even us Apple fans). Proves if you have something worthwhile to say and you say it beautifully, it doesn't have to be "short and sweet".

Nike has always done an amazing job advertizing its products. In this short film (over 6 minutes) that headlines its #SparkBrilliance campaign, Nike uses global superstar (and somewhat decent soccer player) Cristiano Ronaldo to get your attention and then a fantastic story (and other world-renowned soccer stars) to keep you engaged while they sell the viewer everything from cleats to jerseys to training gear.

An amazing concept carried through with beautifully simple execution. Something that warms the heart and keeps all of us engaged to the end. Kudos to Knorr and their #LoveAtFirstTaste campaign for bringing us this gem in 2016.

Maybe it's Ahnold (yes, Ahnold), maybe it's the over-the-top production (and associated budget) and the immediate action, or maybe Mobile Strike was just the game that everyone had to have in 2016. Certainly the debut at Super Bowl 50 had something to do with it. Either way, while not our favorite ad of 2016, this was the most viewed YouTube ad of 2016 with over 102 million views.

The Case for Co-marketing and Maker Brands
The Most Important (and Intimidating) Question About Your Content
Expert Power: How to Build & Leverage Yours