Edible Arts? The Rise of Food Crafts in America [Statistics and Trends] 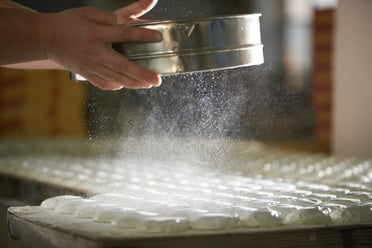 When you think of crafts, the first images that come to mind are probably of things that people keep for a long time: paintings, homemade cards, a knitted pair of socks, a custom pair of earrings. However, today we're taking a deeper look at a craft that's only meant to last for a short time before it's gone: the edible arts (but that doesn't make them any less creative or beautiful).

In this blog post, we'll explore how edible arts, despite being perhaps the most different from other craft segments, have become some of the most popular crafts today.

What Are Edible Arts? 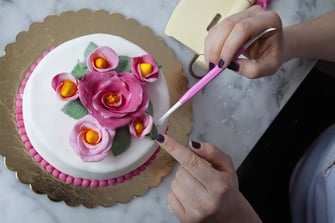 Above and beyond traditional baking, edible arts are defined by the AFCI as the creation of attractive edibles using icing or other decorative elements to make plain food more interesting. Here are just a few examples of edible crafts that are popular today.

Edible arts make up one of the most popular and fastest-growing craft segments in the Maker Movement. Whether due to the recent uptick in baking and icing supplies available in craft (or even grocery) stores or an increase of previous crafters who want to incorporate creativity in the kitchen, these statistics from AFCI will help you get an idea of what the edible arts community looks like as a whole.

Trends in edible arts, and perhaps the widespread interest in them as a hobby in general, may be thanks in part to our increasingly visual culture. For example, when you know a picture of the birthday cake is likely to end up on social media, you might be more tempted to put in the time to make it more attractive. But edible arts are about much more than Instagram; they're about the love of the process and the creativity to turn something ordinary into something beautiful. Here are some edible arts trends fans of your brand are looking for today: 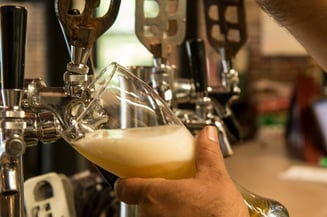 While AFCI's study focused mainly on cake and sweet treat decorating— rightfully, as it's one of the biggest craft segments around — we also consider the more savory side of artisan foods to be an important part of today's Maker Movement.Armed with the ability to research different aspects of cooking, baking, and brewing as well as the access to tools and ingredients to try it for themselves, creative makers are also making a big splash in our culture with artisanal/craft food and beverages.

Whether they're brewing beer at home or starting their own brewery, starting up a food truck or creating new flavors of coffee, we think the passion these food crafters exhibit is one that the brands who support them shouldn't ignore.

From adding some extra flair in the kitchen to creating unique flavors for any meal, today's edible artists are a more powerful craft segment than ever — and their work is enjoyed by everyone until the very last bite.