This week, we’re interviewing David Lackey, a woodworker and luthier from Cleveland, OH. As a former teacher, David wanted to work with his hands for once instead of just his mind, so he started building guitars from cigar boxes and wooden slabs. His passion led to starting the Lackey Road Guitar Company which he still operates today. David uses woodworking tools like saws and routers, but he also needs to source things like electronic pickups, guitar necks, and other hardware to finish his projects. If your brand sells to woodworkers and luthiers, this 1-on-1 interview with David will give you important insights that can help you reach makers like him.

When and how did you get started guitar building?

Well, I’ve worked with wood my whole life, but when I retired from teaching five years ago, I felt like I wanted to do something to help me recover from teaching — to use my body instead of my brain. It also coincided with a trip we took to Mississippi and Alabama. I was always into the blues, and when I was teaching and I got to the page in the book where I could talk about Muddy Waters, I’d bring in instruments and stuff. So one summer, we took a blues tour down south and I bought a cigar box guitar and brought it home, and I said, “I can do that.” That’s where it started.

What resources help you do what you do?

I use a Telecaster forum where people just post all kinds of information, like CAD drawings of perfect replicas of Fender shapes, or videos of themselves making guitars so I can learn how to do some particular process. Like the neck pocket, you have to route that to get the right shape, so that’s a different procedure you can learn from there. That, and I read a lot of books and reference material. But online, I’ve been looking lately at YouTube stuff, and that’s been really helpful to see what other people do. Mostly, though, I’m making it up as I go. I’m as much self-taught as anything else. It’s more like I’m getting advice from all these people, but you still have to go put a piece of wood in the machine and screw it up in order to learn. It’s a lot of trial and error, a lot of expensive sawdust. We have great bonfires. 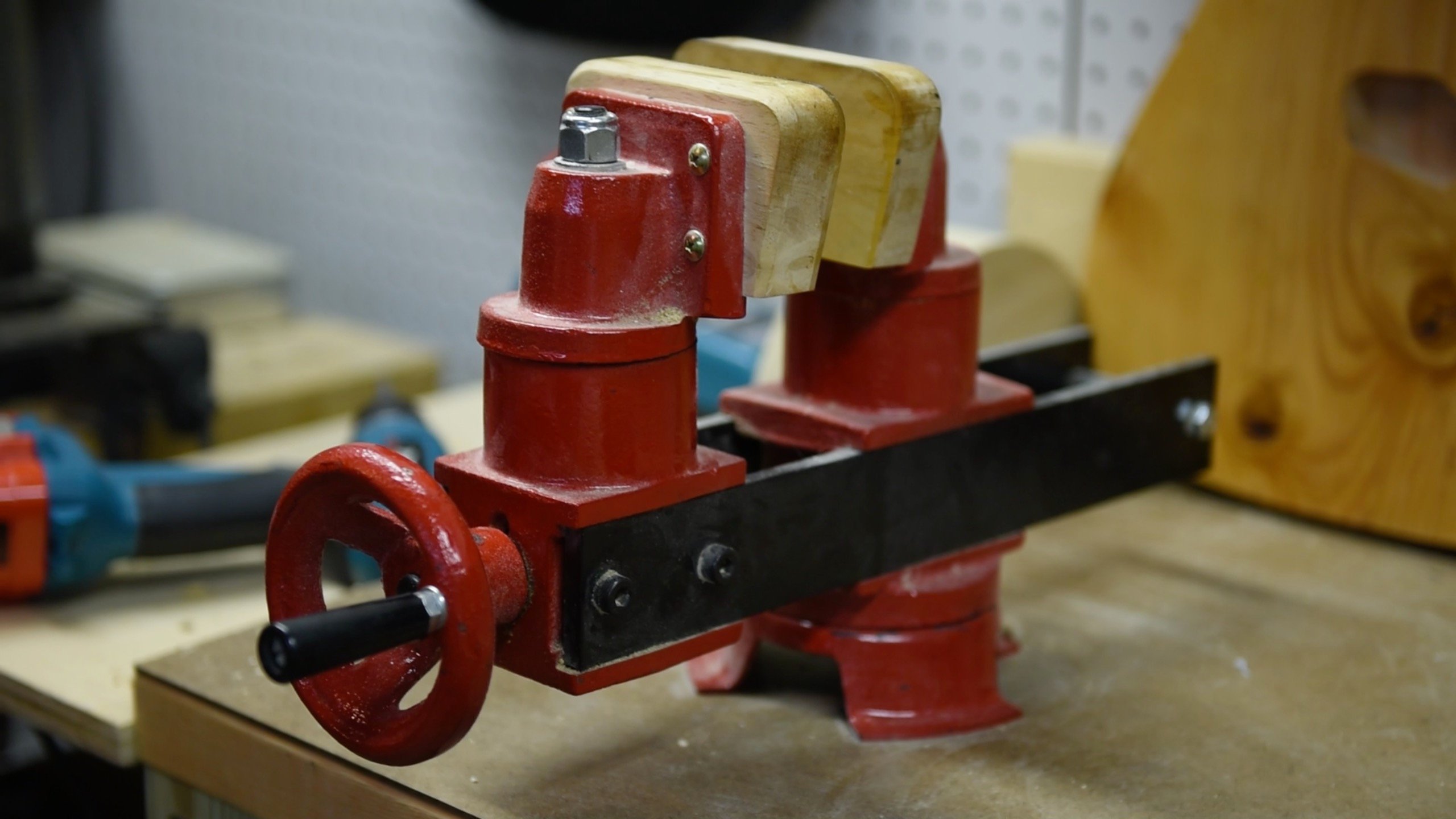 What kind of steps do you follow to make one guitar?

For the electric guitars, I start with a piece of wood that’s about 14” x 18” and roughly 1.5”-1.75” thick. I either go get a slab that’s a solid piece of wood, maybe from a friend of mine that owns a sawmill, or I go down to Amish country (you can find any kind of wood you want down there). Or I’ll use 2” x 6” or 2” x 8” boards from Home Depot and glue them together until I get the size I need. I download the guitar shape I want from these forums I’m on with people like me that just love to build Telecasters. I take about a 1/4" thick piece of masonite, and I glue a piece of paper with the shape on it. I cut it out with the bandsaw, and then I sand it down as perfectly as I can. Then I make another template that’s 3/4" thick, and that’s the template you can actually fasten to a piece of wood. I take that template-wood sandwich and use my router table and push it around the spinning router bit that takes away everything that’s not guitar. That’s the body.

I’ve been buying the hardware as well as the necks with the frets already in them just because I haven’t learned how to do that yet, and even once I do learn how, it’s going to take forever. It just seems to be more cost-effective and a better use of my time at this point to buy them with the metal frets in them. I do have to clean them up and sand then ends and polish them. You can buy pickups from multiple suppliers, but I get mine from Stewart-MacDonald in Athens. Sometimes I buy Fender pickups, sometimes I get them from a place called Guitar Fetish that makes less expensive stuff. They’re better for less-expensive guitars. And I found a guy on eBay that does wiring harnesses for me, and he’s very reliable. So we get lots of little packages from the big brown truck.

What's most important in a product you'd buy for a guitar?

I really like getting stuff from Stewart-MacDonald because they offer high quality and they’re local. A lot of their stuff comes from other places, but in-house, they create tools that luthiers need or guitar builders need. I like high quality and locally sourced tools more than anything else because if you get crappy tools, they break. I’ve also been going over to Hartville for hardware. Even though I buy a lot of things online, I ended up buying a lot of router bits in-store there because they’re easy to get. 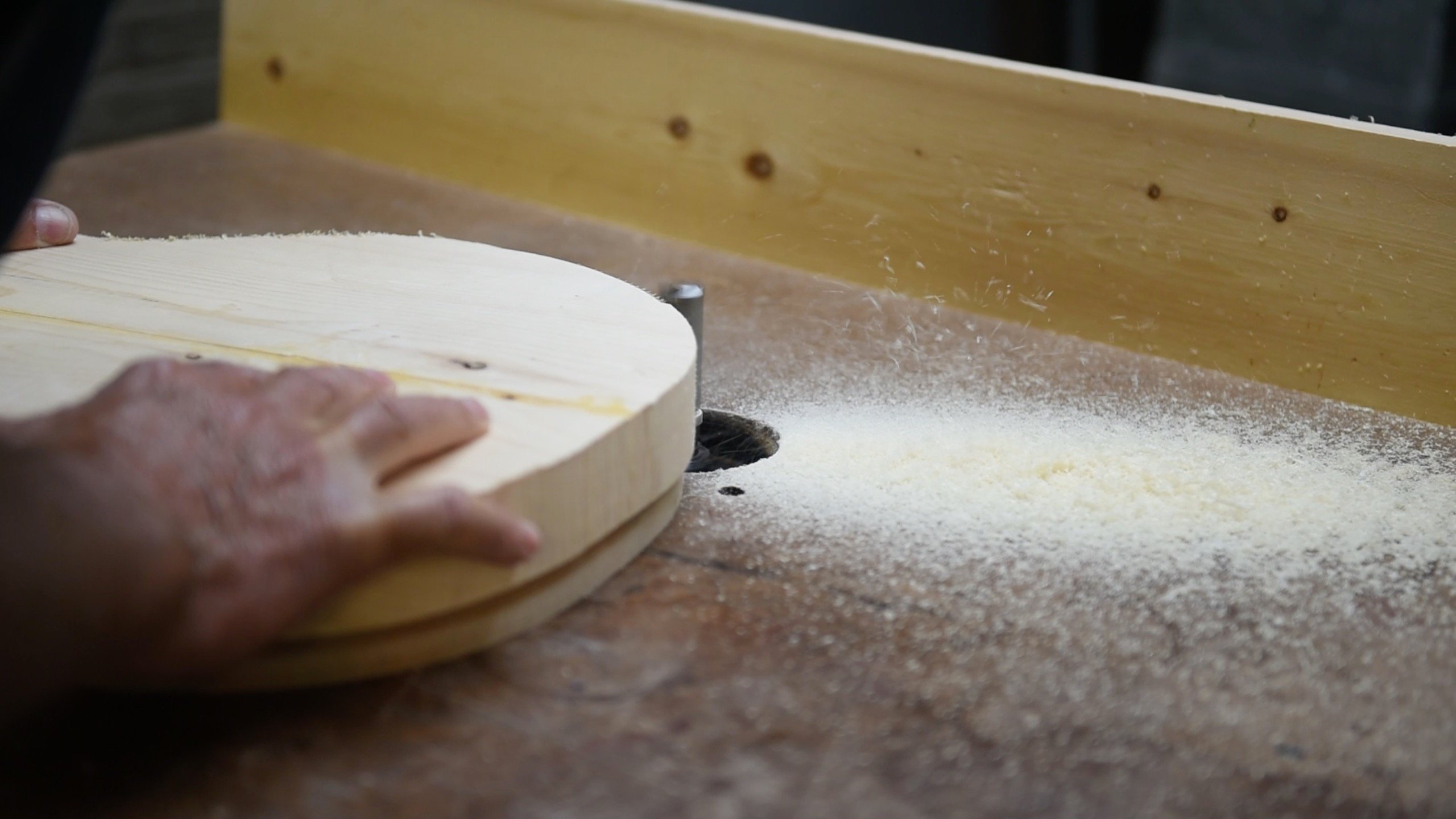 How do you use social media?

How else do you show off your work?

I think getting out to markets, to the Cleveland Flea or a market like that, is great because people can actually sit down and play the guitars. Not very many people want to buy a guitar online if they can’t touch it or see it or play it first. Although, I’ve surprised myself, and I have sold a few pretty nice guitars completely online.

How long does it take you to make one guitar?

I used to say the amount of time it took was kind of dependent upon how interested I was in what I was doing — I didn’t want to spoil a good project by finishing it. I’m kind of distracted in a lot of ways, so I found that building a guitar was takes about the amount of time I can stand doing one thing. But I’m also usually building three at a time, in different stages, so it’s really hard to tell how many hours go into one guitar. I guess probably 20 hours a guitar. 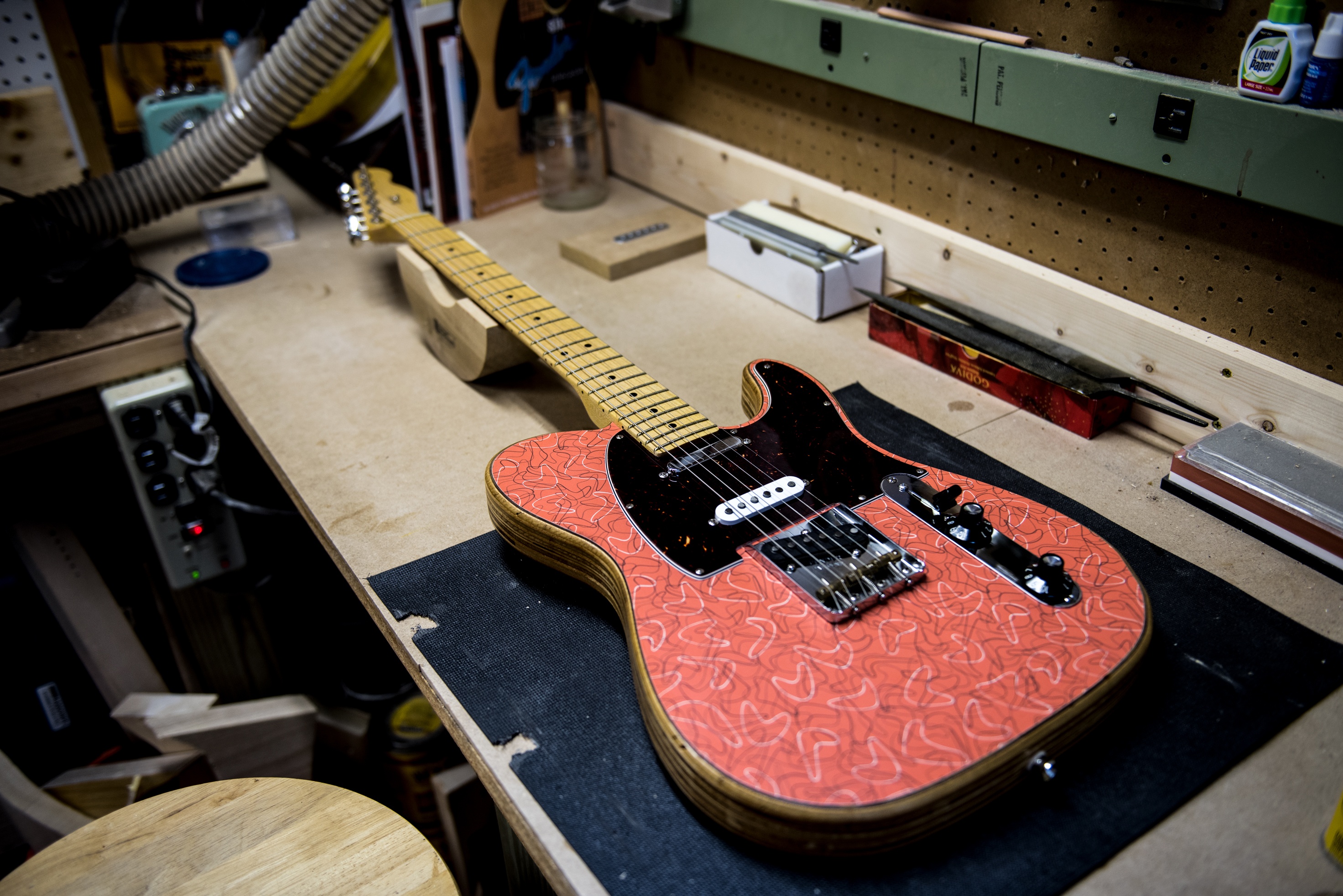 I think what’s most satisfying is seeing someone playing the instrument and giving me feedback when they like how it sounds or how it plays. Then sometimes, it’ll be a little disconcerting because there’ll be some Guitar Center kid who says, “That’s not actually half bad.” I laugh because who are you to tell me my guitar isn’t half bad? But thanks. Earlier this summer, some guys from a band came over and said, “We gotta have some of these.” They were $600-$800 guitars, and they were working musicians, so that felt like a compliment.

The other thing that’s really satisfying is if there’s one particular woodworking process I learn. For example, when you’re drilling holes in the back of the guitar for the strings to go through, the holes on the back have to line up with the holes on the front. The first time I tried doing this, I didn’t get it quite right, and I just threw it away. It was an expensive piece of wood, and it was too frustrating and disappointing, so I bought different bridges so I didn’t have to do that process from then on. Well, a couple weeks ago, I built another guitar and started all over, read a lot of stuff, got all the tools out, went really slowly, and got it right. That was so satisfying because it took two hours, but I did it.

What other problems and challenges do you face making guitars?

There’s a mistake on every one of these, guaranteed. No matter what I do, I mess up something. I don’t know what it’s going to be. There are some pieces of wood I don’t even touch for a long time because I want to get it right. I call all the other guitars practice. Once, I finally thought I was ready for this fancy piece of wood, I put the template on and routed the pockets, started finishing it. Then I go to route the neck pocket, and I didn’t have the template attached quite right, and I screwed it up by the tiniest bit. But that’s enough, and now I don’t know what to do with it. It’s just hanging on the wall. I might be able to turn it into something different. Inevitably, I’m not a CNC machine, but I’m trying to figure out how to be as good as one. It gets everything perfect. 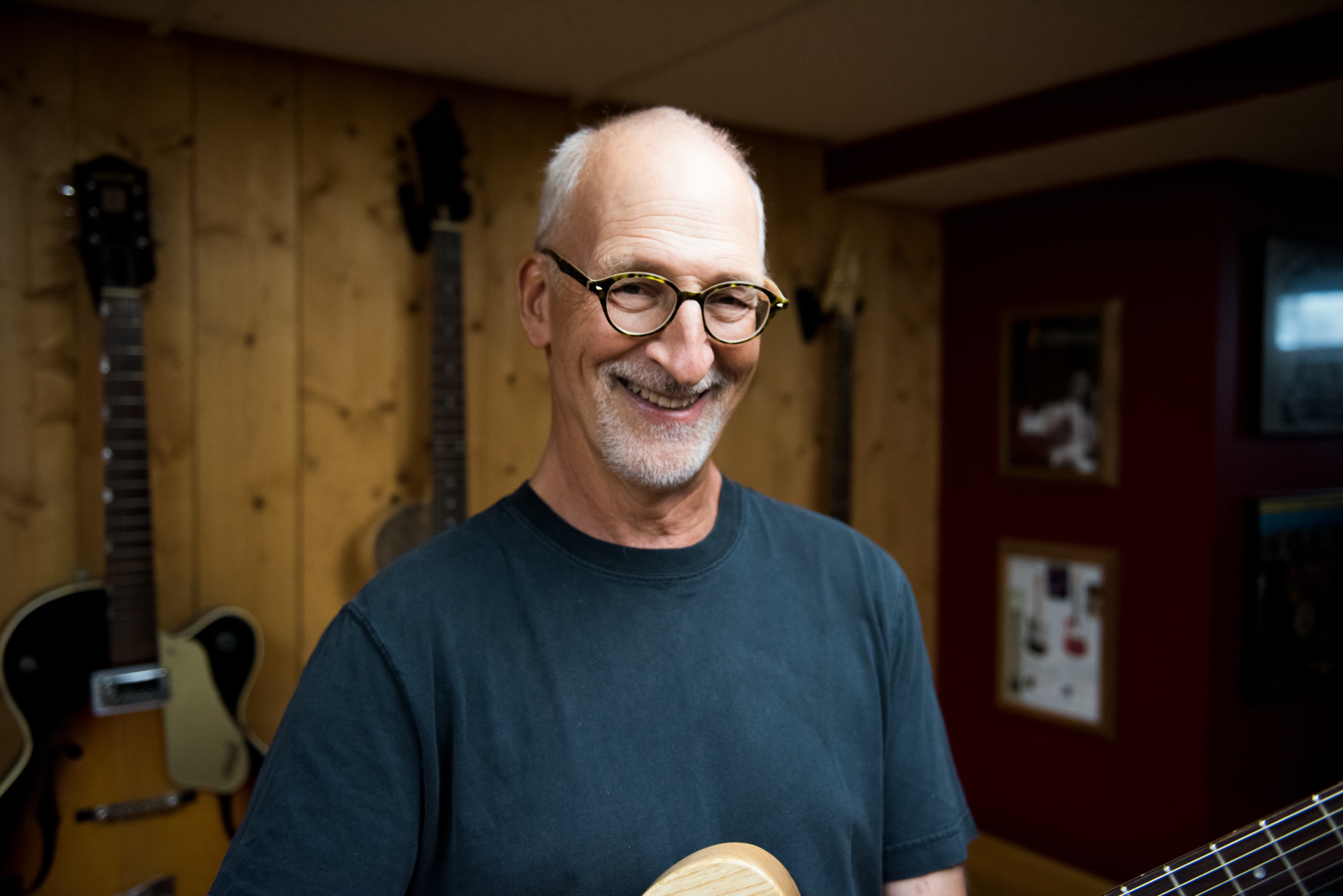 What motivates you to make guitars?

I like making stuff. I guess I built the first one because I wanted a new guitar but I wasn’t sure if my wife, Linda, would like it if I bought a brand new one. So I bought it in pieces and put it together. So this is a way to get a new guitar without buying it all at once. The other thing that motivates me is being married to her. She’s so freakin’ ambitious and disciplined. She goes to work every day at 10:00, sewing upstairs. And if I’m just sitting in a chair, reading or watching YouTube videos of guys sawing wood, I’m not getting anything done. I can only say I’m doing research for so long before I have to get to work down here.

I don’t know what motivates you to do something you’re just into. When I was teaching, I used to get my students to write a research paper about something they’re obsessed with because I felt like it would be easier. For kids for whom that clicked, it worked, but there were a bunch of kids for which it didn’t click. It took me a while to realize that not everybody’s obsessed with something, and not everyone’s curious about one thing. When I was in high school, all I cared about was learning about motorcycles. Everything I did had to do with getting to ride a motorcycle. So if someone had said to write a research paper about something you’re obsessed with, that would have been easy for me.

Definitely. Maybe that’s what motivates me too. I’m curious and that generates enthusiasm and opens up new questions. I think that’s what’ll be interesting about building my first acoustic. It’s going to be a huge challenge. I bought a Les Paul to show my students at school, but I also use it as a benchmark for myself. I look at what I’m doing and compare it to this, and I see that I’m not there yet. But I hope to be at some point. 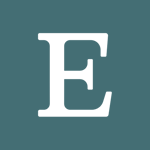 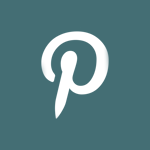